Are you a troll? Ever been trolled? Ever pwn3d a troll with your 1337 intarnet sk1llz? Or do you live under a bridge and eat goats? Tell us your trolly stories, both from the web and from real life

Thanks to The Hedgehog From Hell for the suggestion

Railtrack
Nothing to do with me, but top trolling nonetheless. Apologies if you've seen it before

After the collapse of Railtrack plc, someone registered Railtrack Ltd in Scotland, and responded to all the misaddressed post intended for the rail company.

Thank you for your recent letter and we note that you say that if we don’t pay for electricity used, you may have to cut off the supply.

We do not require this supply and, as far as we are concerned, you may disconnect it.
(

This post's link to trolling may be so tenuous as to count as trolling itself, but...
...one time my sister got trolled by a dog.

Back in '06 I was on holiday in Spain with my husband and sister. One day we hit a beach. My sister was sitting in one area of the beach and we were a little ways away. A dog was free-ranging around the place, doing dog things like running in one direction and then another. I watched as he approached my sister. "She's not gonna like that," I thought - the dog was a muscular, barrel-shaped little guy and she's afraid of any dog that is even vaguely fighty-looking.

Well, she didn't like it. Not at all. Because the dog went right up to her, stopped, lifted his leg and marked his territory. The sequence was smooth, the execution flawless. LIKE HE HAD IT ALL PLANNED OUT.

I look back on this as one of the happiest moments of my life so far due to the comedy value of the situation and the joy I knew it would bring to others. "Hey, Rainbow Meow's sister, what did you do in Spain? Oh yeah, you got urinated on by a dog even though there were plenty of other people and objects nearby. You were the chosen one!"
(Rainbow Meow, Thu 19 May 2011, 21:43, Reply)

all good fun til somone loses an eye
its because of all the trollers getting in each others space that we had the cod wars and we’re still no clearer about whether or not she exists.
(

Sometimes when I feel mischievous
I like to place a link for someone to follow that doesn't lead where they think it will at all, but instead to a YouTube video of Rick Astley's hit "Never Gonna Give You Up". It's hilarious, and most invigorating when people get annoyed at it.
(StapMyVitals wouldn't mind a bit of that, Thu 19 May 2011, 20:57, 6 replies)

Atheism as a faith.
I just LOVE winding up atheists by pointing out that atheism is, in fact, a faith. The existence or non-existence of a god cannot be proven- if it could, the debate would have been over thousands of years ago- so firmly maintaining that God does not exist is an act of faith.

(Stating that you don't believe he exists is perfectly valid, of course.)

Not mine
but perhaps one of the two greatest IRC quotes from bash.org (the other one, of course, being the bitchchecker h4xx0r episode).

FWIW I'm a Christian (of the woolly liberal CofE variety) and this still makes me laugh every time.
(ChaRleyTroniC is invincible with his chips and cheese, Thu 19 May 2011, 20:33, 2 replies)

Once...
I went to the supermarket and as always happens I grabbed a push cart with a wobbly wheel. It was crap, you can't fly down the aisles on those with wobbly wheels as you just career off into people, the shelves, or large stacks of tins comically positioned at the end of the runway.

If there's no prior..
I'd like to coin the term 'macwanker'
(

Litmus test for sad bastards
I'm a massive troll. Someone once got so angry at my being a stone-cold troll that they hit me, and in doing so wounded me.

Remember Varitalk?
In 2005 when "Snakes On A Plane" was still buzzing on the web Varitalk came up with a viral marketing trick that was truly brilliant- you put some data in and someone's phone number and it would call that number with Samuel L. Mothafukkin Jackson's voice and tell them all about the movie.

I sent it to a rather lunatic friend of mine, and five minutes later he called me. "How the fuck did you do that?" he demanded, with an almost hysterical edge to his voice. I told him and he immediately hung up.

It's a wonder any calls went through at all that night.
(

B3ta should change its font to comic sans. 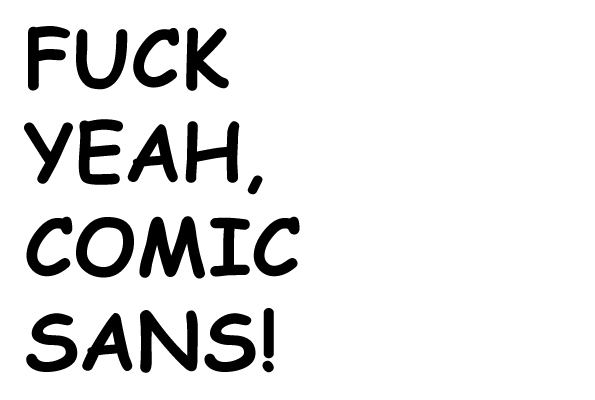 Beautifully laid out for the internet psychologists to interpret.
(

Not mine...
...for I wouldn't have the balls to write something like this, but here is a truly epic bit of trolling. That it actually made it into Psychology Today is mind-blowing.

Satoshi Kanazawa had better watch his back for a very long time after that.
(

I admit it, I do sometimes troll a bit.
When I see someone being particularly obnoxious online, I observe them for a bit and then start winding them up. Remember Flame Warriors? I use several of the personas on there to great effect. Loads of fun.

I have to say, though, that one of my better trolls can be found here.
(

I just saw a poster for the Green Lantern
bearing the image of a character in the film by the name of Kilowog.

I was disappointed to discover that the other characters are not Megapaki and Giganigga.
(f_rev, Thu 19 May 2011, 18:11, Reply)

That thing you like is shit because it's shit.
And everything you believe is steewwwpid.
(

I really wanted to avoid just linking to other stuff,
but this is a level and quality of trolling that deserves airtime. The ever famous, bloodninja.

Group trolling.
My Chemistry teacher, no matter how much he would have denied it, had an uncanny resemblance to Postman Pat. My friends with elder siblings had been warned that on no account was this to be mentioned, the irrational explosion of terrifying anger that would ensue was not worth the risk. Obviously this was like a red rag flying cat to an autism bull, but being scared little first years none of us were brave enough to outright say anything. Instead, we embarked on what with hindsight I can now see as a monumental effort of group trolling. It started small, little snippets of conversation as he walked past desks. "Did you see Grange Hill last night?", "No, my little brother had his Postman Pat video on", then vague hummings of the theme tune or odd references to 'Have you seen Jess?', Questions - 'Sir, how does the sticky stuff on the back of a stamp work?'. You could almost see the paranoia and twitch in his eye develop as the lessons passed.

Waiting outside at the start of class "it's like pension day at the Post Office'. Bad jokes that didn't even make sense "Knock Knock, Who's There? The Postman? The Postman who? 'The Postman always knocks twice" (Not that any of us would have seen the film, I'm sure, but we'd heard of it).

And then someone turned up to class with a Postman Pat Pencil Box and a whole new level of warfare was opened, we spent our lunch money on Postman Pat rulers, Pens, Rubbers, Pencil Sharpeners, Lunch boxes, a couple of people started bringing in younger siblings Postman Pat satchel's with their books in. And then, finally, in a moment of genius that turned us from irritants to flat out bullies someone bought in about 50 sheets of Postman Pat wrapping paper and each and every one of us, bar a few of the hardy ne'er do wrongs, covered our homework books in them before we handed them in. One by one they piled up on his desk as the steam started to pour from his ears and his face turned red as...well...a post box.

Sadly there is no great pay off to this story. Next lesson we all got our books back, all of which had had the offending paper removed and an unspoken agreement seemed to settle upon us that we had taken this as far as we could. So I never did get to see the infamous temper and this story kinda just fades away, but having just spent 10 minutes writing it down, I'm quite proud of 11 year old me and my cohorts.
(

Macs are shit
and so is Linux.

and Sylvester McCoy was the best Doctor Who.
(