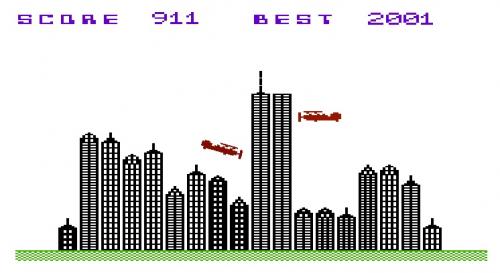 Worth it for the stickman victory dance at the end.
(

maybe next year. can't have a proper flounce without the appropriate attire.
(

make sure its ready for 9th November
(

I'm sad i fell asleep and didn't use this:

Homer: hey! You're that guy! Off TV! You know! That guy!
Jerry Seinfeld: Yashmakala!

He turns to the camera, and there is canned laughter and applause, like in an episode of Seinfeld
(

I wish goodbye fuckers was still here. B3ta's just not the same now.
(

Compo suggestion: One reason to be happy you're not British...

American cuisine is a style of food preparation originating from the United States of America. European colonization of the Americas yielded the introduction of a number of ingredients and cooking styles to the latter. The various styles continued expanding well in to the 19th and 20th centuries, proportional to the influx of immigrants from many foreign nations; such influx developed a rich diversity in food preparation throughout the country.
(

I think American cuisine is going to change to become more interesting, maybe even exciting. Chefs and cooks are looking at regional and ethnic roots, reinforcing some of the best traditions and established patterns. Local sourcing is adding a new influence toward reviving traditions and regional styles. My personal biases don't let me judge the tendency toward (con)fusion of cuisines and styles, but there's a lot of unexplored potential for meeting the public's ever greater curiousity about foreign and ethnic cuisines and styles. As Jonas Luster wrote, American chefs have sharpened their ability to interpret American traditions in new and different ways, and this extends into their treatment of borrowed and imported dishes and foods.
(

I don't see anything in there about Pokemon.
(

I think the photo shows something-or-other

I don't even understand what I'm looking at
(