Home » Question of the Week » Anything For Money » Page 1 | Search

How low have you sunk to earn a few quid? Have you ever been paid a tenner by a stranger in the street to crap in a jar? Me neither. Tell us about the depraved or humiliating lengths you've gone to in order to raise cash.

Cheapskate
Cheerfully tipsy, I once negotiated a 10% discount on the entry price with a nightclub bouncer.

Subsequently humiliated by a friend pointing out the futility of quibbling over 2 quid and, really, I wasn't short of money anyway.

Not so much what I did for money but more what I did when I had no money.
In the 2nd year at university a good chunk of time was supposed to be spent on a work experience placement. All 4 of my housemates had found placements on newspapers in their local town. I, stupidly, went for a placement in the next town over from my university. It meant a train journey but I really wanted to go work for South Yorkshire police for some reason.

The first couple of weeks went fine until I realised that I had no money for train fare and food. I decided that I'd buy a rail pass for the remainder of my placement and just eat whatever I could find in the house.

What I found was 10 boxes of sage and onion stuffing mix. For six weeks I lasted on what could colourfully be described as falafel.

My flatmates all returned from their placements looking jolly and positively rotund on the banquets they'd enjoyed living at home. I'd lost about 2 stone and had the pallor of a cancer patient with Aids.
(durtydriscoll, Fri 11 Jul 2014, 0:02, 4 replies)

My brother bet me a tenner that I couldn't last a month without booze.
This was May this year. I didn't realise that it had 10 Friday/Saturdays, 2 bank holiday weekends, a best friend's wedding AND my team in the FA Cup final. Fucking hell. Somehow I managed it, and fell off the wagon is massive style on June 1st. The ensuing hangover wasn't something that I'd wish on anyone.
"Won" the tenner though.
(

I once got paid a fiver by my Dad to sweep the chimney
Two days later in hospital, turns out I'd inhaled enough soot to cause serious damage to my lungs if it wasn't sorted (which it was.)

I couldn't breathe, and neither could my Dad who was still laughing after hearing "FUCK I'M STUCK *splutter*" echo around the house.

I frequently insert my finger into people's rectums

Worked for a telecomms company. Was compelled to move to the extreme South West for her family reasons.
No job, no transport, no public transport. All I could get in the way of jobs (in the town that she was happy being back amongst her bretherenfolk)was the dole for 6 months, then the holiday season happened for Cornwall. I sunk to my lowest, applied and I won the position to scrape together a paltry wage (before national minimum wage) which was about £119 a week.

I was picking up the wage for an officially chosen Theme Park Ride Operator job at Flambards in Helston. I only got pre-empted up as an operator (in favour of some long-standing guy who was hoping to elevate by meritocracy from bin collector via time served) because I had A-levels which meant I was a better bet at understanding health and safety rules. That did not make me popular.

Got out before the end of the season because a real job turned up in electronics that I could actually get to on a day to day basis. That job is a low point that, while not having to suck cocks or work at a call centre, was my absolute nadir.
(

Rob Fairholme's wife married him for his inheritance.

Cow Scarer
I had a job driving a golf buggy around the overspill car park at Henley Regatta. I had to use the buggy in a threatening manner in order to scare the cows away from the cars. On top of £10 a day I also got some mineral water and a sack of humbugs.
(pipipiper I miss my pond, Thu 10 Jul 2014, 20:01, 1 reply)

As a skint teenager hitching to Reading festival,
an old man gave me a tenner to watch him have a wank in the woods.
(

I once took a job in the design industry.

I got three snide answers on the populol page last week.
I'll sell you my secret to qftw 'success' for only 11p

Has anyone said YM yet?

According to homeopaths...
...I must be taking massive cheques from the Big Pharma companies to criticise their miraculous products which would otherwise be curing every ill and ensuring everlasting wonderfulness for all.

If true, then sadly they appear to be paying in homeopathic money.
(

When I was a child model I was offered substantial restitution to 'meet' the boyband vICE.

I heard labradors will do anything for money We are all humilitated with money as a reward for our labours, living under the jack boots of the fat capitalist pigs who pay the police and army to continue our oppression
keep up the good work on the dog pictures.
(

Remember when Rob 'fingers kids' Manuel set up Sickipedia in order to make money from jokes about rape and racist humour? 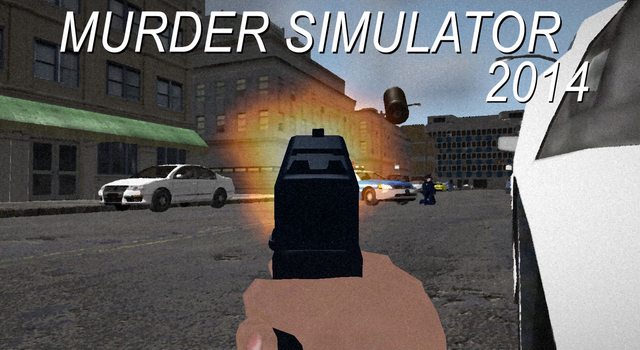 I hear that the b3ta mods were offered substantial bribes to keep the story the same for two weeks.

I understand that Scaryduck had it made it 'worth his while' not to ban Rick Fathelme this week.

Can't wait to see the answers to this one...

I'll sell this first post to the highest bidder.