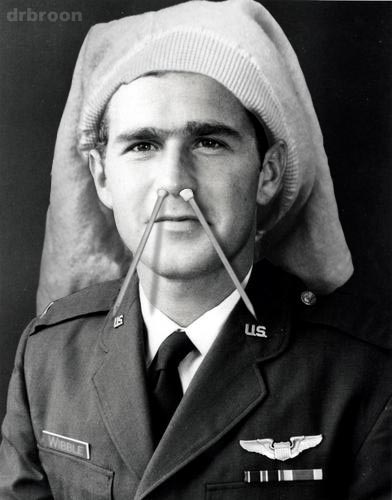 From the The Funny Side of War challenge. See all 423 entries (closed)

yes, I am now a Dr. of psychology... not sure exactly what to do now. Maybe drive around the desert taking drugs.
(

are you going to do postdoc stuff and become an academic - which branch of psychology is it? How was your viva? I read a brilliant thing the other day about David Bohm's PhD; he worked with Oppenheimer but was considered communist by the American Authorities so when he submitted his thesis on quantum physics (which was used by the Manhattan project) it was immediately classified and he didn't have clearance to read or talk about it so couldn't do his viva.

1. yes, for a while perhaps.
2. person perception (face and voice)
3. Viva was a piece of piss, as I had overprepared for something extremely hard, but it was just a discussion to see if I knew stuff.
(

That, I suspect, was the extent of his military service
(

*walks into the recruitment office*

"And I went up there, I said, "Shrink, I want to kill. I mean, I wanna, I
wanna kill. Kill. I wanna, I wanna see, I wanna see blood and gore and
guts and veins in my teeth. Eat dead burnt bodies. I mean kill, Kill,
KILL, KILL." And I started jumpin up and down yelling, "KILL, KILL," and
he started jumpin up and down with me and we was both jumping up and down
yelling, "KILL, KILL." And the sargent came over, pinned a medal on me,
sent me down the hall, said, "You're our boy."

I wont pooh-pooh that picture
( 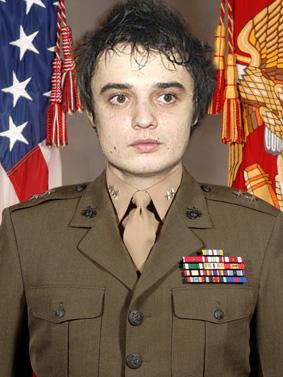 It was something to do with the way Rowan Atkinson originally overcame his stutter, and the inunciation of the letter "B".

but wiki says it's wibble or wubble
(

wibble fail on my part. thanks for setting me straight.
(

my old man's a mushroom etc
(

I think Bibble is what Genoese stand on street corners

and say to passing pedestrians with a live frog pinned to their shoulder braids (series 2).....
(

Didn't "Bibble" come from the episode

where he said something about attaching a frog to his shoulder braid, stand on a bucket, and say "bibble"?
(AMadDayYes, Fri 9 Jan 2009, 12:32, archived)

Now that is inspired!

I love the attention to detail with slightly more rubber showing on the right hand pencil. Like what it is in the thing, there.
(

i did my best to make the bits fit.
(

this is the best thing i have seen today.
(