A friend of mine recently attended a 'Champaign Lunch', where he was compelled drink as much fizzy stuff as he could between the first and last courses. In an ideal world we'd ask restaurant staff to tell us stories about fatties stuffing themselves at All You Can Eat places, but we recognise that our members don't all work in the catering trade, so for the rest of you - tell us something about abusing freebies. BTW: Bee puns = you fail.

humph
i am the one who gets abused. sometimes it feels as if every other day i get:

gah. i knew i should have been a traffic warden. or someone who does autopsies. nobody wants freebies from THEM!
( 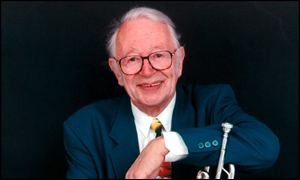 The word 'no' works wonders
Whilst helping immediate family and close friends is sort of expected, IMO everyone else can be told to FRO...
(EssY, Thu 8 Nov 2007, 15:27, closed)

Ditto for IT techs
freeloading swine.
(

I find that
agreeing to help and then forgetting about it, procrastinating and fobbing people off for months works.

so not unlike
"You're good with computers aren't you?" Can you have a look at a small problem I'm having?

[Disclaimer: Small problem may not be small. ]
(

I sympathise Rswipe
Most of the time people cross the street to avoid me, but as soon as a large arse-loaf is blocking their sewer, straight on the phone
"Jim, can you come round and rod my outflow, please?"
One female friend asked me that and I came round with an erection expecting some botty action! How disappointed I was when she told me she wanted a large turd clearing from her drain.
(Vic Flange, Thu 8 Nov 2007, 16:26, closed)

Rachelswipe, I sympathise
Not quite the same, but I used to get heartily sick of my ex wife's family constantly plugging me for benefits advice (i.e. how to scam the system) at weekends.

The advice they would get would be free of charge anyway during a normal working week, but as I wasn't getting paid by my employers at weekends, I suppose it counts as a freebie if I gave benefit advice outside normal working hours.