Home » Question of the Week » Fears and Phobias » Page 6 | Search

I'll level with you. I'm really freaked out by loose buttons. I'm fine while they're doing their job, but once they're free the evil bastards are a major threat to my life. Tell us what spooks you, and how you cope. Also: church bells, doner kebab salads, death. 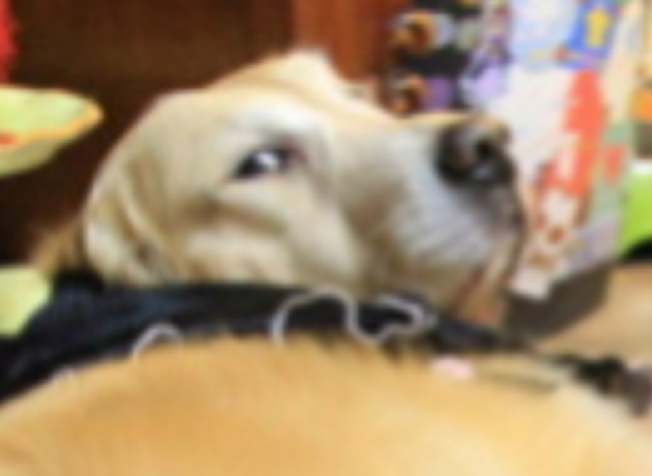 Did we skip Thursday last week?
This place is like Earth in that shit film...Prometheus...all the mods have fucked off.
(

Desert story
I have a friend who was ex-marine. He told me that on one occassion he was hiking lone through the desert, and felt something on his leg. Looking down he realised he was being bitten by fire ants; known to be particularly aggressive in the region. So he did the only thing he could think of, which was to start running.
After 20 minutes or so he spotted a small lake, with a jetty, so he pelted towards it, but to his horror as he arrived it just seemed to melt - it was a mirage! Eventually he somehow made it home alive. But to this day if you ask him if there's anything that frightens him, he always gives the same blunt reply; "Fierce ants. Faux piers".
(

Nearest I can get to this was when
me and my three mates went on holiday to Florida. It was a beautiful resort with only two drawbacks. The first was this cunt waving notices from his balcony telling his pals at home that he was really here.
The second problem was that one of my mates incredibly had never been to the seaside before. When he took his first step on the beach he fell apart in a panic attack. So we dragged him to the nearest bar and the barman says "Fuck me what's up with him?"

I once had this pain that seemed to radiate from my anus
This all happened when I was living in Stockholm and commuting each day to Sclarharkken, which wasn't as popular as it is now since they retarmaced the civic centre, or Sluithus as the locals call it. My bicycle had several extraneous gears, which never really became a problem but the presence of which gradually grew to be a heavy burden with that imminent shadow hanging over me like one of those khaki shade cloths that B&Q stock. It was at that time that I started seeing a local girl and together we would dream of a day in the future where we could sit and dream about planning to start a family. But it was just a dream. On top of this, I'd been recently promoted, with a targeted social media campaign and banner ads on various online caravan vendor sites, and was feeling like a horse owner whose horse had come a respectable third in a group two handicap. I'd stopped eating red meat or red vegetables, and my health was showing clear signs of improvement that were both quantifiable and measurable and could also be expressed in a graph. But the first snows of winter brought with them a warning that the weather was going to turn snowy, and like a fool I paid them no heed. It was just not in my nature to reimburse snow with heed. My girlfriend Joan Armatrading, though that wasn't her real name, had that look in her eyes that told me she was unhappy but was staying in the relationship mainly because of a desire to prove her mother wrong but also that she was looking forward to visiting Granada with me in the New Year as she'd always wanted to see the Alhambra and besides which I do make a nice carbonara which is rare among men. I told her not to worry, things would turn around, though I said this in fluent Swedish. She confessed her relationship fears to me, and I told her about my anus pain, and we let these strong emotions wash over us, leaving us clean and vibrantly hued to face the future together as one couple united in a shared sense of togetherness and unity.
(

Dogfights
Luckily the supervisors of this community have the solution.
(

I'm scared of change, please don't do a new QOTW

People who use Debian as a desktop.

I fear the day that Carpe Cyprinidae meets someone REALLY dreadful.

I found this on the internet and think it should win
www.b3ta.com/questions/fearsandphobias/post2372842
(

This post was removed because the moderators found it broke the House Rules.?
(

In all fucking honesty? That God is real.
I think I can cope with giving an angel a Glasgow Kiss, or tearing the smug cunt's wings off, with my teeth if it came to it, but The Wee Man hisself? I don't think I could get drunk enough to chib yer actual God. Also, how'd I get past his tentacles in the first place?

Terrified that the mods will take notice of bafr board.
Imagine...
No edit button - users able to read poster's original version. No post operative manipulation.
No delete button - if you haven't the balls to stand by it, don't post it.
No ignore whatever the fuck number this year button. - ffs adults, look at the u/n and if it's someone whose criticism you cannot cope with don't read the fucking post. (Deliberate split infinitive there for our grammar pedants) .
Summary. Upset with constantly arriving just as the good stuff disappears you cunts.

Thanks for your time. x
(

#bafrkru
You can post pretty much anything you like on bafr, but we love to see your original pictures and projects. As a general guide:

Have fun and join in with the conversations
Post pictures you have made
Post links to your new web projects
Say nice things about the pictures you like.

I fear being outed as a heterosexual. If that were to happen it would not be good for my standing in
the community and my business would go to rack and ruin.
(

Drowning
Even though I am a very strong swimmer, and usually swimming in deep water has never scared me, I was in Australia about 9 years ago and had taken the Hydrofoil from Port Douglas out to a floating platform on the edge of the Barrier Reef and the ocean. I'd gone travelling with some mates, but as they were hung-over to hell, I was the only one that went on the day trip.

It was a rough day, and the boat had only just sailed. We arrived at the platform and although the weather was bad, I'd been snorkelling over the reef and basically just been enjoying the view, when I lifted my head above the surface and seen I was about 400m from the platform and drifting further away...

Even at full front crawl speed, it seemed I could not get any closer to the platform, and in my head, I started to think that this was it,... that's me, about 30 miles from the shore, no-one knows I have floated away, what now...

Next thing I know is a canoe is on top of me, and the greatest sight in the world (at that point) was a Aussie bloke, putting a life jacket around me and dragging me back to the platform saying "Fucking Poms, no idea of how much you have to respect the ocean..."

I am terrified of butthurt

Dr Shambolic, Mongychops, Broadsword, and some other cunt not worth mentioning
I am so fucking terrified that you all have me on ignore that you won't see this. The fear and total self loathing and guilt I feel about this...doesn't fucking bother me in the slightest you bunch of unfunny uber sensitive miserable cunts that cannot stand their sudo intelligence to be brought into question.

Had this affected me? Yes
Butthurt? Yeah if you are the kind of cunt that uses that saying
Upset? No not really but if you want to use your ability to post on a forum to point this out go ahead you upset butthurt miserable cunt...the ignore feature is only a click away.

Edit: by the way, /QOTW and /talk are so much more fun when those trio of wankers put you on 2.0
(

It's not fair, my picture of a granny with a strap-on was linked by a mod, but I have seen much worse go uncensored.

I have a phobia that Dr Shambolic is really Rob and we have to be nice to him.