Onemunki says: We live in a world of genuine tragedy, starvation and terror. So, after hearing stories of cruise line passengers complaining at the air conditioning breaking down, what stories of sheer single-minded self-pity get your goat?

No you diddn't did you.

I also ruined some elses chances of getting last post
with marginally more success I feel!!
(superkitty is neither super nor a kitty, Thu 8 Mar 2012, 16:13, 1 reply)

I ruined someone's chances of getting last post on QOTW.

I just came here to read the popular answers
But the question hasn't closed yet, despite it being Thursday afternoon.

Not only that, but there's not enough time for this answer to gain enough votes before it does close.
(

I used to work in a poshish health club.
One lady came in, and took two (yes, two) towels from the counter. When the receptionist politely pointed out that there was no laundry that day and they were requesting the use of one towel only per punter, she shouted out, with a big humph,
"I get awfully wet, you know!"
And marched off with her two towels.
(

i've been waiting 3 fucking years for a decent QOTW

I've never gotten first place on QOTW
And some of my friend's cant use Apostrophe's correctly.
(The Archduke of South London I'm in your Girlfriend eating her organs, Thu 8 Mar 2012, 14:35, Reply)

Someone dieded on the train tracks the other day
I was leaving Lime Street in Liverpool and we heard an announcement over the tannoy that the service was cancelled and all trains departing Liverpool would be on hold until further notice.

I was angry, it meant I would have to finish my hot tea I was half way through drinking, packing up my laptop which i was 10 minutes into an episode of 24 on. Pack my bags and get another train to Chester. A massive change to my daily routine, and one that i really didnt want to make.

All the way lambasting the selfishness of someones idea of suicide....

All this without actually realising someone has just had a far more worse morning than me. and was now lying on a train track dead.

Orange's data signal in Derby appears to have disappeared...
Therefore I can no longer access any interwebbery from my phone.

A few months ago Waitrose in Crouch End had run out of arborio rice
I know this because I heard a woman shouting at a poor member of staff that this was NOT BLOODY GOOD ENOUGH, that she was disgusted and wouldn't expect this from bloody Waitrose.
She dragged her designer clad child screaming from the shop and screeched off in her 4x4 she only uses on the school run*

Hate crime
Why do we have to have a special term for a crime which is a crime anyway regardless of the reason. If someone beats me up because I'm gay, I'll expect them to seen to by the police because they've beaten me up. I don't expect special treatment.

I don't see why we have this label of "hate crime" nor do I see the reason to have candlelight vigils to protest about it. People who beat people up because of their differences (skin colour, sex, sexual orientation, whatever) won't pay any attention to protests. They'll beat people up anyway.
(BearWithLittleBrain, Thu 8 Mar 2012, 12:31, 14 replies)

People think they are humanitarians because of social media
Just clicking like on a FB page isn't really going to change the world is it? And most of the time the people clinking these links and passing the message on don't even take the time to read or understand what they are actually "supporting". Back in the day there were emails going round saying if you forward this to you whole address book you'd get £1000 pounds from Microsoft. Now we get this shit on FB, "Click like for this sad looking cancer kid and once he gets 1000 0000 likes he'll get a bone marrow transplant". Really? Like fuck he will. I feel embarrassed for my friends who passed that on.

And the latest bullshit thing doing the rounds is Kony. Do some research and you realise that it isn't exactly as they portray it. The video is old and the war in Uganda ended 5 years ago. Kony is still operating, but nothing like the scale the video suggests. It's a bullshit money making ploy.

This just in
I've just had to switch off my smartphone and switch it on again because the data connection wasn't working for my applications. Oh, the humanity.
(

Oh, the old nutshell
'if you want a serious wage be serious'.

as old as the internet
Still worth a chuckle at 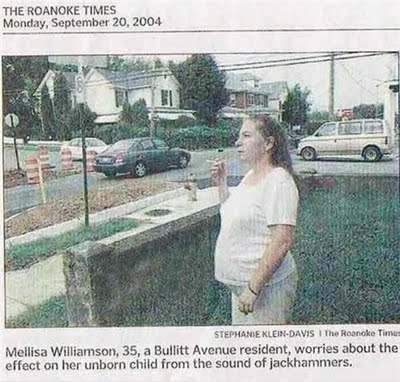 Problem is you just cant trust anyone 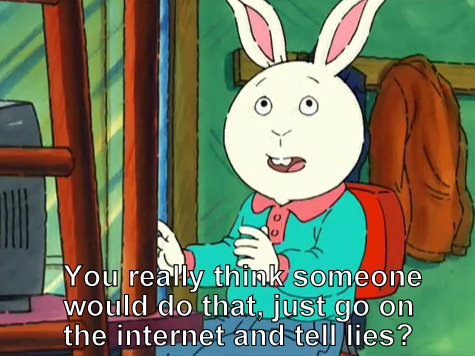 Leylandii
Has done more to kill the community than anything else. It's why working class towns still have more of a sense of togetherness.
(Hansdown, Thu 8 Mar 2012, 10:00, 9 replies)

Bit late now,
but look at this cunt, moaning about the shape of toys.
(

Not so much a first world problem, but more an observation...
I just received a meeting request to schedule a meeting today at 11am from the person who sits in the office next door. The third member invited to the meeting is the person who sits opposite both of us. I also occasionally get emails asking me mundane questions from said people when they are both within talking distance. It would seem that the art of conversation is at times superseded by electronic communication.
(The Archduke of South London I'm in your Girlfriend eating her organs, Thu 8 Mar 2012, 9:32, 11 replies)

"I had to wait in A&E for 3 hours!" cried a ex-colleague of mine
She then complained about how this was a disgrace, and how she shouldn't have had to wait that long, and some guy went ahead of her because 'he was black' (Yes, she really was that ignorant). I just asked if she knew what the guy had gone in for, at which point she launches into a diatribe because all he had was a 'bleeding arm, it was bleeding all over the floor, it was mingin!'

Over time, it was steadily revealed that from the looks of it, this guy had a rather large wound in his arm, that was bleeding heavily, and he was rushed straight through, as it seemed he might faint. Her ailment? She'd gone in with a sore ankle.

So, the first world problem? This stupid bitch who fell over whilst pissed, complained that she was passed over in our FREE A&E department by a guy who was quite badly hurt.

I was so, so happy the day she was sacked.
(

People who go on about how abhorrent lying is, and how "truth is stranger than fiction".
Bollocks. That's why we have a movie industry, you stupid tits.

Also, if you're that keen on the truth, have you told your five-year-old child that they could contract and die from cancer at any point in their lives? Of course not. But have you told them about how Santa brings presents at Christmas, though?

It annoys me when people leave flowers at the scene of previous accidents...

I was driving merrily on my way to work today, when I stopped at some lights, and some clearly insensitive fuckers had cable-tied bunches of flowers to the nearby railings.

Ok, so someone died there. I get it. But I was in quite a good mood up until that point. I did not need my happiness being somewhat interrupted by this forced reminder about what was probably a tragic incident that happened to someone I don't even know.

Thanks for that. Next time, make a donation to charity or something. For slithery fuck's sake, if you want to waste your money on remembering them, go to the pub and have a drink in their honour.