Because it's all me, me, me... Apart from posting awful lies on Question of the Week, what ridiculous things have you or others done to grab the limelight?

My Downfall
I sit here on a wet Monday afternoon, in my pants and bathrobe, having done precisely nothing all day. Why? Because I am an attention-seeking fool, and it cost me my job, and my dignity.

This is my story.

Class Clown, that was me. Then, as I made my erratic transition to the professional world, Office Clown. I loved to make everyone laugh, and I went to great and silly lengths to achieve it. I will be the first to admit that my japes have never been particularly clever or inventive, but that's not the point. Sitting here in the cold, hard reality of unemployment, it is increasingly clear to me that, for all my life, my so-called sense of humour has been nothing more than rank and wanton attention-seeking. And one month ago today, it cost me my job.

I was working my way up through company. I was well liked, good at my job, and everyone thought I was funny. I was in a position to have regular contact with the top brass, and they all thought I was hilarious - all except the CFO. He seemed to be a permanently angry guy. I tried my hardest, but nothing I did raised even a smirk.

One day I was preparing to empty myself in the gents' loos, when who should occupy the next stall but the CFO himself. I could tell the man from his angry muttering as he struggled with the lock. Nervousness crept in, and I was just about to abandon it as a wasted trip when all of a sudden I let out a large and impressive fart. Muffled giggles came from the next stall. My whole body siezed with a sudden hope, and even more magnificent fart emerged.

"Speak up Mr. Brown, you're almost through," I intoned at the very top of my voice. That was too much for the adjacent occupant, and I was met with a deeply, thoroughly satisfying burst of laughter. This was to be the seed of my downfall.

A month later, and I'd been called into a meeting with the top brass. I don't remember why, or what it was about. Overcome with nerves at such a key opportunity to prove myself, I'd spent my lunch hour in the pub, and was pretty far gone when I reached the meeting room. There was some big financial deal, or possibly a merger being negotiated. We were on a conference call with some Americans. I was really struggling to maintain. My stomach was doing somersaults. The CFO looked unhappy, I do remember that. Really unhappy, and as time went by he just got angrier and angrier.

Suddenly everyone was looking at me. It was my turn to say my piece. My guts rumbled. I looked over at my new CFO friend, looking utterly miserable, and I knew what I had to do.

"No! NO! NO! That was the wrong end! THE WROAUUUUUUUUUUGHHHHHAAAAAAAAAAAAAAUUUUUUUGHHH!" They looked on in mute horror as I proceed to paint the room in vivid shades of poor decision making. In front of a room full of angry, sick-soaked executives, on all fours, sobbing openly, I looked up at the CFO. Face like a stone. Not even the slightest hint of a smile. I had failed.

A mate invited me to some party thing he was having
His girlfriend was wearing this huge white dress and moaning at me for being drunk and ruining her 'special' day.

Boss Level Alpha Maling
What would you do if you found out your (only) two brothers had gone on holiday to Samoa with their wives to celebrate the younger one’s milestone birthday, but they kept it secret because you’re a chronic narcissist and hijacked every party and social gathering you've ever been to, turning it into an attention fest about you.

Would you take a hint and amend your ways?
Would you secede from them?
Would you phone them up and have a yell?

The flood twat.
You know the one. The one who keeps a kayak in his garage, not because he actually likes canoeing or even ever actually goes canoeing on rivers, lakes or the sea, but for when it floods, which, given that he lives in Shrewsbury/Tewkesbury/insert regularly-flooded town here, it will.

And then he can canoe down the street between the half-submerged cars, and get on the local news, or if it's a slow week, News at Ten. 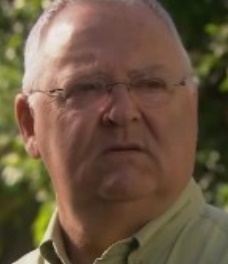 At my primary school there was was this mystery bush on the school field which baffled us kids for years.
It was made doubly intriguing in the autumn when it would sprout a load of red berries which we were warned not eat but no-one ever told us what it was.

Anyway, one day the school bully pushed Owen Rudge into it and the poor sod ended up covered in hundreds of tiny scratches and cuts from the thorns in the bush.

A week later a sign went up warning us not to play near the bush and the mystery was solved.
The sign said 'ATTENTION, HAWS'.
(

Attention whores?
You mean besides the usual self-congratulatory circle jerk?

EDIT: if you build it they will come. Repeatedly. Poke at one mong and the entire short bus unloads. That was even easier than I thought it would be.

Look inside for a pretty comprehensive list of the attention whores on QOTW. Each one begs for attention in his own "special" way.
(

I once stole a broken sign from the street and kept it in my car port.
I said "SLOW" so I left it on display so people would understand and make allowances for my behavior.
(

Well, this has been nice.
It's Thursday now though, can we move along to the next train wreck please?
(

All those idiots on the telly ...
...who get free travel to some foreign country at someone elses expense and then spend all their time bitching about the poor conditions, the poor food, the lack of proper beds. Whiney attention whores, the lot of 'em. You know who I mean, people like Terry Waite.

(I'm nothing if not bang on the pulse of popular culture, no?)
(

Anybody who laughs at anything.

So we'd split up, and I was getting on with my life. She'd immediately got pregnant by the bloke I caught her cheating on me with, and moved in with the poor sod.

Then, completely out of the blue, late one night I get a phone call from her. She's distraught, weeping and wailing, and talking about suicide. I decide I have to get over there; I still care about her, even if I wouldn't touch her with yours, now.

So I shoot across town on my motorcycle, as fast as I can, run up the steps, and ring the bell.

I bang on the door, call through the letter box; still nothing. I'm getting really worried now, imagining her lying in a pool of blood on the floor, or dangling from the light fitting. I begin eying the window, and wondering if I can make it from the steps onto the ledge without dropping three metres into the basement, or impaling myself on the iron railings.

Then I catch a movement in the basement window. It's her! I attract her attention, and she comes to the front door.

"Hello," She says, looking puzzled, "What are you doing here?"

Mad bitch had completely forgotten about the suicidal phone call, all of twenty minutes ago.

In my younger days I attracted lots of attention by bringing my milkshake to the yard.

people who don't have televisions
And take every fucking chance they get to tell you...
(

Have a pea
A guy I went to college with used to brag that he had a one carat diamond left to him by his gran. Now, I knew at the time that his gran, although as mad as a bag of wire-hangers, was still alive and well. I also knew that both his parents were blind and were truly impoverished. No heating except for sitting around the oven door sort of poverty. His parents would certainly not be as skint as they were if there was a one-carat diamond kicking about that could be sold on.

Anyway, we got sick of his prattling on and told him to put his money where his mouth was sort of thing and provide proof, knowing full well that he couldn't.

Well, the next day he turned up at college and fished out a small blue velvet purse. He emptied it into his hand. If it was indeed a diamond, it would be more like a 60-carats. It was about the size of an almond and not particularly shiny. I was closest and I could clearly see it wasn't a diamond. It was more like a drop-crystal off of a light fitting. He brandished it loosely before slipping it back into the pouch so nobody got a proper look anyway.
I pointed out that it smelt of countryside somewhat and he flashed it about some more.

"Look see, a one-carat diamond" he protested.
Anyway, the subject changed as we all took it as bollocks anyway.

Later that afternoon we were leaving college and diamond-guy, me and another kid were just crossing the road, when someone pushed him to the floor and grabbed the purse from his pocket before running off. We helped him to his feet and I was bursting, trying to contain my merriment when the kid that pushed him over came back.

"This isn't a diamond, it's a piece of plastic off a lampshade you lying cunt" and bolstered his argument by pushing it into diamond-guy's mouth and cuffed him on the chin to shut his trap and stop him spitting it out. He then pissed off again.

I had to wander off to sit in the bus shelter before I fell over laughing when diamond-guy started spluttering and the other kid had to punch him on the back to stop him choking.
(

once upon a time
I was sat at a large table with a Group from my college course. One of the girls had bought expensive perfume and was duly showing of her latest purchase to a table of cooing girls. I asked to see the bottle and then sprayed it in her eyes in jest. Clearly upset I had stolen her thunder the Dramatic fuck screamed and started balling saying her eyes were on fire and she couldn't see. DRAMA QUEEN.

Drumming up business
It was a slow morning in Las Vegas; about 3 a.m. A group of bored prostitutes huddled on the casino steps. Suddenly, they took action. They lined both sides of an automated walkway and started spanking the men on the walkway as they trundled by - literally drumming up new business. The spectacle lasted 30 seconds, then they abruptly dispersed.
(Perv With A Dog had his eyes pecked out by scrub jays on, Fri 15 Nov 2013, 17:37, Reply)

Just add a colon and it becomes a King's Cross road sign.