SpanishFly writes, "I have a 'make your own absinthe' kit here, fucking terrified of making it...

"Tell us your stories of when you got so drunk on homemade mead you pissed in the cupboard.
Or tell us about the time you tried to buy wine stabiliser but got chased out of the friendly merchants shop because that compound is used to bash cocaine.
Tell us about the trials and tribulations of not being able to afford 4 cans of strongbow and couldn't brew your own poison so you got pissed on antifreeze and the next day pissed in your own mouth."
Thanks SpanishFly. MAKE THE ABSINTHE

Virgin
On the ridiculous.

Stay about from my pimms

I bought up the local Co-op's post-Christmas bags of parsnips for pence per bag and made a similar tipple to a dry sherry.
Pleasantly surprised I was then suddenly evicted. Not wishing to pour my efforts down the sink I made damn sure I finished 40 pints of the stuff before being turfed onto the dark, cold and unwelcoming streets of Nottingham.

I did this over a period of a week or so. I'm not a complete alcoholic.

I got too pissed to ask a new QOTW

I wanked off Alan Hansen

Screenwash, and lemonade.
Ok, so i didn't MAKE it. I had screenwash, i had a car so it's only natural to have screenwash stored somewhere that isn't your car so you never have it when you need it.
I had lemonade. I didn't make this either. There isn't much making going off i must apologise for this.
So picture the scene, it's 2003, i'm a student, in a halls of residence, i'm in the particular halls in the city that has a bar on site. Me and my flat mates had been consuming alcohol for quite some time but the bar had closed and it was time to go back to our flat. more beer consumed and then things took a turn. it turns out that concentrated (not that shit thats watered down that you put straight in your car) screen wash, with lemonade that's really quite cold. half and half in a tall glass (umbrella optional) is pretty much the nicest drink you can comprehend drinking. I would recommend it to anyone who has at least 3 days with nothing to do and wouldn't be overly pissed off if they died. Never never in my life have i felt so violently sick. Never before in my life have i BEEN so violently sick. By day 3 i had started composing a note, i knew i wasn't going to make it. I knew that the blood i was throwing up wasn't getting better and that it was only a matter of time before the inevitable death. However, later that day i started to improve and by day 4 i was considering leaving my room. Despite the clear stupidity, i still to this very day believe this to be the nicest tasting drink that one can imagine.
(clayud, Sat 13 Dec 2014, 21:16, 3 replies)

Kewntreau
My grandfather, a chemist by trade (but bon-viveur, pisshead, stoner and serial adulterer by personality) built a still in the shed in his back garden. I was working at the time for a well-known wine warehouse, and he would often call by to pick up the dregs from the tasting counter, which he would cart off, mix with oranges, distill, and turn into Kewntreau (named after the leafy suburb he lived in). He was amused by the fact that the employees of the bank above which he lived would traipse through the garden every day, unaware of the desperate acts of criminality that were being committed in the shed (Breaking Bad was a long time off, and I don't think the plod were particularly interested in a small-time maker of undrinkable liqueurs).

The produce was sweet, orangey and dangerously strong, and invariably offered as a Christmas treat in place of a present. My parents would normally try and flush the stuff down the toilet as soon as he left, but the odd bottle was sampled- the effects were slightly hallucinogenic, and you would invariably have the impression of having had caramelised Tango sprayed on your teeth the morning after.

I once asked him why he bothered making it, after he had admitted that it was pretty hard stuff to like . He replied, "Well, friend, you and I, we'll drink pretty well anything so long as it's alcoholic".

Blue Nun, or the German equivalent
Blau Nonne, possibly. In any case this was one of my lowest points of student drinking. Picture the scene of a 20 year old shamelessly walking out of a dodgy South London offy, Peckham 2004, with the cheapest/strongest booze his meagre student loan would allow at that point.

So I'd made it home with this wine without being mugged stabbed or shot, so to celebrate I poured myself a glass. It was utterly disgusting stuff, which I expected, but had such a sour aftertaste, like fruity curry farts or rotten citrus fruits (apparently the smell of rotting human corpses), I had to do something.

This was the point that I discovered that sugar does not dissolve in shit white wine (despite vigorous stirring, my wank-hand was strong), nor sweeten its taste, yet forms a glacier at the bottom of a glass, refusing to be involved in this atrocity against God and man.

Dear reader, I still drank it all, despite that first failed attempt at making it more palatable, because I'd paid for it and I'm fucking badass. In the intervening decade, I've drank some horrendous stuff, but none so much as made me actually want to add sugar to make it humanly palatable!
(

Homemade cider
I used to make my own cider out of Tesco Value Apple juice. Sometimes I'd add a jar of honey or a bottle or Ribena for extra flavour.

Shall we all just pack up and go home?

A famously alcohol-fixated relation of mine hit on the idea of brewing his own beer, seemed to solve all his problems.
He fixed up his garden shed with all the clobber and began churning out beer for pennies a pint. Lovely stuff it was, and he could adjust the ingredients to make it stronger - more sugar or something.

All went well until he was taken ill, with various symptoms including a huge itchy rash.

Turns out that he'd developed a random reaction to the sterilising chemical. He can never handle the stuff again and even if someone else does that stage for him it's too risky.

He is still heartbroken - must be the unluckiest pisshead in Britain.

Drink up please it's time.

Hairy Bikers' Xmas Pudding Vodka
They actually get paid to come up with this shit, but it's pretty tasty. You get a big bowl and fill it with the basic ingredients of a christmas pudding. Then pour in 3 bottles of vodka and leave in the fridge for 3 days. Pass it through muslin and bottle.

Last year I cracked it open after the extended family had gorged on xmas dinner and it went down a treat. My sister in law consumed so much she had a full-on emotional meltdown and had to be escorted home.

Pissing in my own mouth? Count?

I made a eucalytus beer once, by boiling up gum leaves and straining the liquid into my pilsner fermenter
It didn't taste very good, but it did clear up my sinuses
(

I do brew my own absinthe
I currently have a 5 gallon tub in the back room just waiting to be distilled.

The first time I used the still I wasn't aware you hade to get rid of the first 100mm, I felt pissed straight away and got a sharp headache.

Turns out I had a mild dose of methanol poisoning.

hi I am from Brewmeister based in Scotland, the people who to get our name out there brewed a terrible beer added ethanol and the called it the worlds strongest whilst charging £50 per bottle.
Thing is we couldn't even get the ethanol quantity right so the beer(!) Was not the worlds strongest. Who would have thought that this misrepresenting and devious publicity stunts would get us investors. Bye bye losers!
(

Many years ago I once considered buying the Boots home brewing kit
but decided to spend the money at the pub instead.
(ParaSitius is an Optimistic Pessimist, Wed 10 Dec 2014, 12:22, 8 replies)

I got shitfaced on home-brew and woke up with these lovelies. 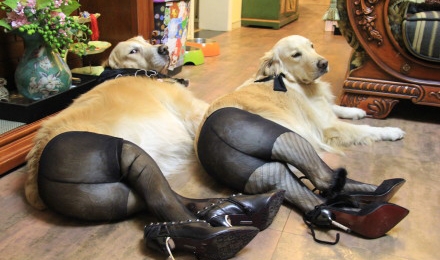 We made some massively strong Fosters
and we all got shitfaced and started slagging each other off then somebody reported some of the others to their employers and it got out of h& and we all got b&.
(

At the age of fourteen, I received a home-brew lager kit from my brother, for Christmas.
I duly followed the instructions to sterilise the container, at the required amount of boiled water, cool it to the appropriate temperature, add the sachets of brown stuff... oh, hold on, Add X sugar for 4%ABV, X amount for 5%, so on and so forth....

I think I was a little optimistic in adding two Kilos. The drink itself was disgusting, we only managed to get eight litres out of the ten litre container and although a litre of the stuff would get you insanely drunk, it did also give you an incredibly watery case of the shits and a headache that could only be replicated by shooting yourself at point blank range with a cannon.

Naturally, being 14, I drank the lot over the course of a week.
(

Absinthe makes the heart grow fonder
A friend of mine used to make dynamite absinthe, usually to be brought out in the early hours at a party when most of the other booze had gone.
I can't remember the ritual exactly but it involved soaking a sugar cube in something, then setting fire to it and then dropping the flaming cube into the shot glass of absinthe .
Then bets were made as to how many shots you could down in one.
I was unlucky 13, before I declared my undying love to everyone there and then delicately slid down the wall and fell asleep on the floor.
When I awoke some hours later someone had thoughtfully covered me in a duvet and the party carried on around me.
Apparently the winner downed 17, however not being awake to witness this I can't be sure.

Poteen
Amazing stuff, tastes of virtually nothing and you get stoned more than drunk.

Have spent the last 2 years abstinent of alcohol, but am going for a tipple or two over xmas and new year, would be nice if I got to try moonshine before going on the wagon again
(insomniac-surfer oh go on then, just this once, Tue 9 Dec 2014, 16:24, 4 replies)