'We're all going on a summer holiday, and if you want to go yo Sven' rapped hip hop heavyweight MC Miker G - and it's as true today as it was way back in 1986. Holidays are a time for us to relax, unwind...and disgrace ourselves and our nations. Tell us about your best and worst holiday experiences. Again.

I promptly threw the tape away.
(

This is some bullsh!t.
Anyone else feel this way?

After this summer I am going to hit up the tanning beds 1-2 times per week.

I seriously believe that being tan with white teeth is a fukcing key to overall attractiveness.


EDIT:
For all the males who tan out their, do you let this be known to your friends?
My friends would seriously make fun of me if they heard I was wen tanning.

Another question-
Lets say after the summer I have a good tan, would hitting the tanning bed 1-2 times per week maintain this tan?
(

I read the 14 Polish phrases, I didn't find any of them "hilarious"
Also, my boyfriend doesn't work out and has a weak, flabby boddy. He has a massive cock, though. I can't work out whether I should be upset.

Two Hats Fact of the Day:
His favourite Phil Collins song is Two Hearts from the film Buster.
(

Like David Cameron I holiday in Cornwall every year
Mainly because I'm a povvo and can't afford to go much further than my own back garden.
(

its been the average for me for years,
thing is they say you should be getting 8/9 hours sleep a night,am i not going to make good gains on 5/6 hours?
thing is by the time ive got my kids to settle down,and then got myself ready its around 11pm,now i'm not the sort of person that can just shut off and fall asleep in 5 mins,takes me around an hour to drift off so on average i'l get to sleep around 12pm.i usualy wake around 5/6am,even when i don't set my alarm at weekends.i have to get up for work at 6.30am.
and i never nap in the day.i'm not strugling with my workouts or anything,and feel ok.and making small progress in weight lifted.been at it for 10 months.
so is it realy that important,or am i wasting my time?there's no way i'm gonna get 8/9 hours in.any of you guys/gals get make good progress on this amount of sleep.?
thanks.

hope this hasn't sent you to sleep.
(

Thank you for coming.

Why do men get skidmarks but not ladies?
Obviously not all men do, but the vast majority I have come across do...
Also it's true some women may but being a woman myself I can't say I do...
Is it because we get taught how to wipe properly at a young age? Or because we have vaginas?
Confused....
We both have bums and poo so what's going on?!?
( 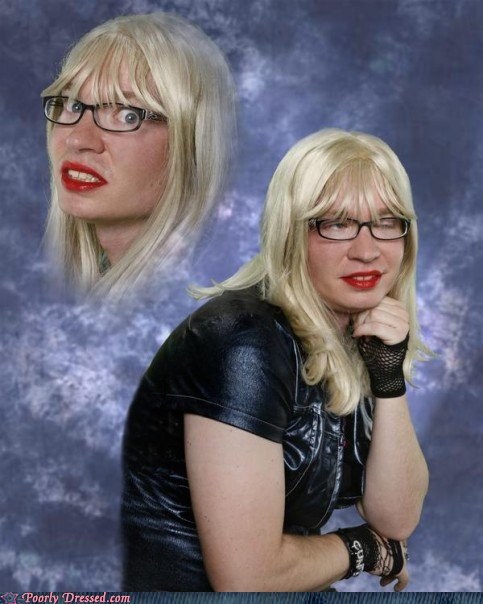 My girlfriend is getting second hand swole-shamed
My girlfriend told me today that on several different occasions her friends would say things to her like, "Don't you get tired of all those muscles?" and "Is he self absorbed and just lift weights all day?"
We both found this perplexing. Once the swole has come upon you it only takes about an hour a day to maintain, my gym time is actually a pretty quick and doesn't interfere with our relationship at all.
And as for the getting tired of all the muscles talk...well I told her to ask them if their boyfriend's flabby, weak bodies were a constant turn on.
People.
(

Dear Richie. I am in the pube with the holeday moaney

show us your willy

Is this still going?
Im currently on holiday, spending a month in Yorkshire.
ok so its not Cannes but I'm enjoying seaside fish and chips and trips out into the stunning moors and dales.
If anyone has any recommendations for a jolly jaunt in the north york moors area please let me know.
I might even get to try the Teesside delicacy of a parmo
(insomniac-surfer oh go on then, just this once, Thu 6 Aug 2015, 0:43, 14 replies)

I often instruct Paolo to berth the ketch in at Capri this time of year
We spend our nights drinking at the waterfront bars, gambling Pinochle with the Sicilian waiters, before retiring to the villa where we do lines of cocaine off the backs of the Slovenian prostitutes Paolo has purchased for us. A few days of peacock hunting during languorous summer afternoons and I begin to long to be at sea once more.... Ah, who am I kidding. I'm in a caravan in a field in Hastings, same as every year
(

Portugal in a few weeks, daughter starts school in September, so we can't just fuck off whenever.
The miserable twats who run education can fine you if you take term time leave. As if infant school won't be just colouring in and listening to stories, and possibly looking at the class hamster. It's hardly child genius.
(DBT became a fruitarian on, Tue 4 Aug 2015, 20:31, 19 replies)

When I was at school there was a guy who was always making inappropriate comments about his slightly older sister
Things of a sexual nature, how attractive she was, how he'd like to have sex with her, that sort of thing. Problem is, we always laughed it off as him just trying to be shocking, but the sincerity of his tone and the frequency of these comments made me think that maybe he was in some way serious.
Long story short, my PC doesn't have a dedicated PS/2 keyboard port, only USB, meaning that I can't access the boot up menu. Is there a way around this?
(

I don't like summer; never have, never will
The idea of paying money, my money, money I worked hard for, to some fake-tanned slapper in a travel agency who's probably called Joy and who is having an affair, for the privilege of wasting two days in departure lounges, cramped buses and extortionate taxis in order to get to a place where the water feels wrong, the food is Russian roulette for the digestive tract, and all there is to do is plod and trudge around sights under the incessant glare of a too-hot sun - that's just fucking wrong. What muppet dreamt that shit up? What foul incredible genius managed to convince the world that holidays, summer holidays, are something we should enjoy, we should demand, we should fucking pay for out of our own pockets?

I see it like the naughty dog having its nose rubbed in its own shit. "You see this developing nation, you dirty Westerner? You see how they oppress their women and don't understand hygiene or paying tax to support critical infrastructure? This is where you'd be, unshaven and splattered with the faeces of three different species, if we hadn't raised you up and made you do some decent work. We give you the time off and the free cash to spend so that you can travel to these piss-stinking arseholes of so-called civilisation, so that you can come back home and appreciate what you've got." Summer holidays are like some bastardised moral lesson for idiot adults, which hasn't worked. Much like the dog returns to his own shit to scoff down a faceful, so too do the mindless Iceland-burger-eating Ingerlanders, with their chubby kids in tow, enjoy the session of dicking around the coast of a failed economy, slurping up grease and alcohol while developing skin cancer. The whole thing is utterly incomprehensible.

And if I were a mod, I wouldn't drag this question out for a whole fucking month either.
(

I am on holiday now
And still the same shit question is here "unknown" you dribbling fucking mess. Sort it out. Even McChinaWank was better than you.
(

It's time to taste what you most fear
Right Guard will not help you here
Brace yourself, my dear:

I went for a holiday
And when I came back qotw was still asking the same fucking question.
(

Nazi way to do it...
We'd been away for a week to the Scottish highlands and, on the way back, found ourselves in Tebay services in Cumbria, on the southbound side, at about 2am. I used to have a bit of a soft spot for Tebay, thanks to its policy of allegedly only using local produce and providing half-decent cooked meals, but it's almost as bad as everywhere else now, only more expensive.

It's dead - there's only us and the two girls who work there, when I'm suddenly aware of the sound of conversation. I look up to see two men dressed in full Nazi regalia (black uniforms - SS, I presumed) stood at the counter.

One of the girls asked them if they wanted tea and they totally ignored her. She asked them again, whereupon one said 'Not you - get the Aryan one to do it", and waved his hand imperiously towards her blonde colleague. They then strutted around the food area with their hands behind their backs until their order arrived, whereupon they picked up their disposable cups and disappeared into the cold, dark Cumbrian night. We just looked at each other and shook our heads.

Now call me naive, but I automatically assumed they were extras from a TV something that was being made locally and, as we left, I asked one of the girls where they were filming.

Every year I spend a week caravanning in the northbound car park of Keele services on the M6
Yours,