Horrible things I've done to a loved one

You shat on her Justin Bieber poster because you adore her. She cleaned the toilet bowl with your toothbrush for the same reason. Tell us of the times true love has not been as true as it should

I I poured tea on my cock while I was having a wank
Because I love myself and I must be punished
(Dwarfsmuggler Has hogtied Snow White, Thu 23 Jun 2011, 13:53, 2 replies)

I would have wanked into his tea but the cup was full of everyone else's spunk.

I wanked into his tea

I wanked in her tea.
She loved it.

Siblings
My brother and I used to fight a lot too. Being the younger, I usually came off worst. That is until I became devious.

On one such occasion he burst my nose. It was bleeding but not gushing, though it looked a lot worse to mum after i'd blown my nose a bit over the light grey carpet.
(Greencloud Wanted to go fishing on, Thu 23 Jun 2011, 13:22, Reply)

Social Services
As most young siblings are, me and my little sister weren't exactly the best of friends. I think it took until we were in our very late teens to even hug eachother by choice. Up until that point we fought like cat and dog. Here's a brief overview of the cruel things I've done to her:

We had a octagon shaped hardwood coffee table in the centre of the living room. On opposite sides there was the sofa and an armchair. I told her she could easily jump and fly over the table. CRACK. No. A&E and head glued back together. I did that one several times.

Instead of a plastic bath duck we had a plastic green turtle. One day I decided to tell her she could fly (again, or possibly before the table incidents) and lobbed it down the stairs. She jumped after it. Back to A&E.

'Hide the Smarties.' No, not some filthy game. We had a mini box of Smarties and decided to do an Easter egg hunt game. We had just had a new patio laid, and I decided to hide them down behind the recently removed paving slabs - leaning against the side of the house in pairs/trios. Even at my current size of 158cm and 7 stone, 23 years old, I don't think I could lift those slabs. We were around 8 and 10. We both attempted to lift the first slab and get to the Smarties. I realised that they were now within reach, and let go of the slab, right on to her foot. A&E. I got to eat the Smarties in the car, cause she was crying too hard to eat them.

Golf club. My dad is an avid golfer. One day we decided to play with his clubs in the garden. She threw a golfball at my head. So I smacked her in the forehead with a club, full force. A&E again.

She has quite literally cracked her head open SEVEN times. Plus several other A&E visits. Within the first few visits my parents were no longer allowed to accompany her past reception as they thought she was being abused by them. She was always taken away on her own, screaming, and questioned seperately as to what happened. Completely innocent, just kids beating the crap out of eachother, but my poor parents were accused of abusing us over it. Not sure who get's the short straw on that one - my sister for the cracked skull (probably explains why I've got the smarts and she hasn't) or my parents for the allegations.

The whole irony is that now, despite her being the younger and much more naive sister, she's the one who looks after me through my illness and such. Sometimes it now feels like she's the big sister, and I am eternally in debt for breaking so many of her bones.
(

I wanked into her tea as well.
NOW you may close it.
(

I wanked in her tea
There, now quickly close the qotw.
(

Vagabond's story reminds me...
Not in the least bit proud of this, of course. In my defense, I was 8 at the time. My sister would have been about 6. We never really had a good relationship back then and we would constantly argue and fight.

One day, we were having some sort of insult slinging match in the living room. I remember that not only my parents, but my grandma and one of the neighbours was in the room.

I had my back turned to her, probably walking away after a crushing verbal defeat from a girl who has always had quite a flair for verbal warfare. Just at that point she landed a final killer blow - I can't remember what was said but it must have hit a nerve, because I span around and kicked her.

Unfortunately, she was sat on the floor behind me, and my foot connected with her mouth. I remember her head snapping back and a trail of blood shooting into the air. She looked at me bewildered, spat out a mouthful of blood into her hand, and both of her two front teeth.

I did what any good brother might do in that situation, and legged it upstairs to my bedroom.

I'd never felt such intense guilt, and I was in trouble for (what felt like) a long time after that. Taught me a valuable lesson about plausible deniability though.

What? Why are you looking at me like that? They were MILK teeth - they'd have fallen out eventually anyway, sheesh.
(leviticus no longer likes the cut of your gib on, Thu 23 Jun 2011, 11:47, 2 replies)

Nearly broke my big sister's nose.
We used to fight quite a lot as kids.

She'd insulted me, and so I ran at her. She just stood there with her knee cocked up, onto which I ran, busting my balls and falling into a screaming, crying mess.

She stormed (fucking smugly, understandably) off, and when I recovered I followed after to insult her. She turned to me, so I turned to leg it, but she grabbed me 'round the waist, trapping my arms and bear-hugging me.

I reacted sensibly: I bent fully at the waist, then swung back up, smashing the back of my head into her face.

Dear Christ were mum and dad not pleased about that one.

I still think she deserved it for proving that I'm such an idiot I'll run onto an cocked knee.
(

I had a friend, I've known them for a couple of years, they were sweet & kind @ 1st.
Then the relationship changed.
As I became closer to them and shared more & more of my feelings with them they became more & more ambivalent. They came under the sway of a much more vociferous acquaintance who seems to take great joy in deriding & demeaning people for what seems to be no reason at all. I even considered giving my friend some of my hard earned money to help them with their upkeep.
But eventually this friend became hostile and I would even say "abusive" towards me and to others. I tried to counteract this with some reasoning & rationale - this prompted them to turn into outright bullies. Now I spend my days weeping for our lost friendship & all the magical moments we shared.
Now I just spend my time on bbs and forums to quell the aching in my heart and to ease the solace.
(Misery McUglywife an attention seeking sociopathic fuckstain., Thu 23 Jun 2011, 8:51, 32 replies)

Didn't use deodorant. Should have. Sorry. 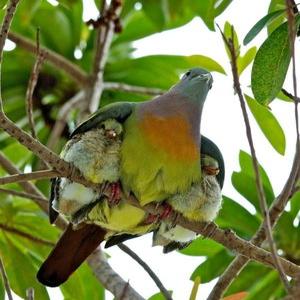 I have a late entry!
A friend Ollie hadn't been married very long. He was suffering from anal fissures and had applied a thick layer of cream to the area. Lying down on the sofa he said to his wife 'can you do me a massive favour and look at my arse it's stinging like mad'. She dutifully took a tentative look and said she couldn't see anything. 'please' he replied, 'I really think something's wrong i've never had pain like it'. So she peered in close and was greeted by a colossal fart that squirted African bum cream into her face. She later reported that she could see right into his anus 'at the red flesh inside his guts'.
(

I let my son die for all of our sins..
Then I bought shares in Cadburies and watched the big bucks roll in every Easter.

i was born.
according to my brother, that's bad enough.
(

Did anyone else see the
"My brother posted a link to his girlfriends blog, but then got ripped apart by strangers on a message board so took it down again. I'm still going to mention it at his wedding though" post that appeared then almost straight away disappeared again?

I was so desperately hoping it was true. And I wish I could remember who posted it.
(

Can I just get in
the last "I wanked in her tea" post?

no me coz im perfect etc
my husband once pissed in his dad's coat pocket , and blamed the dog.
( no, dad wasn't wearing coat at the time, it was hanging at the bottom of the stairs, hubbie was drunk, and apparently thought it was the toilet )
(a girl called harry, Wed 22 Jun 2011, 13:40, 3 replies)

oh christ, is it STILL only fucking wednesday?
i went for a smear test yesterday and the speculum popped out of my fanny when the nurse turned away to put the swab in the pot. we laughed uncomfortably about ping pong balls.

can we have 'awful moments during medical examinations' next or will it all be about that time you got diagnosed with cancer?
(

I think an honourable mention should now go to Sumthingelse ...
... formerly Supersam11, for such misguided internetting that his girlfriend had to delete her entire blog.
(

I raised the retirement age and then released a health scare story about drinking over the age of 65.
MAX LULZ
(

Do you like the world?
Why not expediate its demise by adding a couple of resource-parasites to it, and defending them to the hilt, claiming their special to you?

Add to the scene by claiming you don't fucking care, they're your kids and you love them and that's the end of it.

Extra points for claiming to be environmentally "aware" and that you "do your bit for the environment".
(

Each man kills the thing he loves
The coward does it with a kiss, the brave man with a sword.

While putting my daughter to bed a few hours ago
I made her watch Cinderella instead of Tangled.