I never use it but it's nice to know it's there.

From the New Ways To Deliver The Mail challenge. See all 239 entries (closed)

This is full of win

you are jeremy clarkson

I never realised how sinister the mail was.
(

solidarity to the postal workers
(

I was looking for jobs down the local Job Centre earlier (I prefer to use their own touch-screen computers because the software is better than the search engine on their website), and saw Royal Mail temp work. Fuck me, it was a lot of hard work for not much more than minimum wage. For £5.80 an hour I'd at least want a regular schedule, not 'you'll come in when we want you to'. It gave me a lot more respect for what posties have to do.
(

In fact, it should give you less respect for what they go through because now you know that the permanent staff have temps to do all the hard work while they have it easy.
(Seance Trumpet has got no beef with a man enjoying a croissant, Fri 30 Oct 2009, 21:25, archived)

Have you even read the news?
(

Speaking as a former postie

FUCK OFF YOU IGNORANT TWAT.
(

Take that to the bank!
(

At last. Someone who isn't just complaining about the inconvenience of the postal strike, on a forum populated by people who most likely rarely use royal mail anyway.
The posties are striking for a good reason and I think it's a shame that more people don't understand or applaud any kind of industrial action these days.
Few people these days are prepared to accept the fact that they are albeit the modern, service-oriented, phone-monkey, home-owning version of working class and so fail to recognise when people are standing up and fighting against the cynical, profiteering business and political classes who see us as drones in their money-oriented travesty of a social system.
(

Industrial action is fine if it's only affecting the company the union is striking against and not the general public, but for people like me that run a small business and either rely on cheques arriving on time (so we can pay our own employees and suppliers) or delivering goods to other businesses or consumers, this kind of industrial action is seriously hurting us too – and all because they can’t get round a table an work out their differences like grown-ups.
I don’t profess to know all the ins and outs of why they can’t negotiate a settlement, all I know is their actions are indirectly hurting the small businesses of Britain just as we’re trying to keep our heads above water at the end of a year long recession. I wish they would just go back to work and if need be strike next year when we’re out of recession and better able to cope with the consequences of their actions.
(

Your attitude is astounding.

Basically, you're saying "I don't know and I don't care".

Well you should, because the posties are getting screwed.

No that's not what I was saying, and I don't think attacking me personally and reducing my opinion to a simplistic statement of "I don't know and I don't care" is very productive.

I was merely saying that other hard working people (mostly small and family run businesses) who have had a difficult enough time with the recession and credit being pulled by banks are the real losers in this pissing contest between Royal Mail and the CWU.

I hope the posties do get their way but not at the expense of other companies that aren't large enough to weather all these negative external forces - and yes, my business is strong enough to survive these strikes and many more, but I know of other companies who are more reliant on the postal service and telling them they deserve to be ruined because they rely on the Royal Mail is pretty harsh. The reality is that if they do survive, they will adapt and they will use alternative mail delivery services - like Amazon is now doing.
( 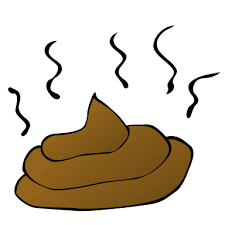 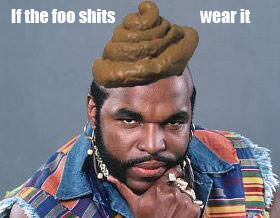 what you are experiencing is the power of organised labour.

that's kind of the point with strike action. it shows the bosses that the workers are pretty indespensible and when organised can't be fucked around.
(

Power to the posties! It's a good gag

I don't know who Dave Spikey is, but I suppose it's impossible that it occurred to both of us independently.
(

is probably one of the least likely comedians to ever think of a joke that hasnt been thought up by 10 other people
(ignoramusaurus, Mon 2 Nov 2009, 11:21, archived)

If that's the case sir,

then I apologise. But it was almost verbatim so forgive me if I jumped to the wrong conclusion
(Jocelyn De Bath Me Jeremy Kyle's are playing up, Mon 2 Nov 2009, 20:52, archived)

Jesus came up with this joke during his stint on the hit TV show The Comedians followed by his usual catchphrase "God knows!"

and applaud the sentiment. Bravo, sir!
(

Here in the wild west of Canada we can only dream of a postal service that actually works. Canada Post is shite, overpriced and shite again in case its unfortunate users accidently have a good experience of it. I still don't want to go home to Teh Blighty though.
(

Too much moaning in this country, and not enough respect for people being put under more and more pressure.
(

I use it a lot for my business.

And I am constantly grateful that our postal system is unlike any other in the world that I have encountered. This is a truly fab sentiment and artwork, which deserves the many clickages I am about to give it.
(

it's not 'the royal mail' who are striking.

it's not their staff who set their prices... but if they demand more money the prices will surely go up.

it will only go further to putting 'the royal mail' in jepoardy if the staff continue to strike...

The staff have been shit on for years, have had effective pay cuts (more hours, no/tiny pay increases that don't keep up with inflation) and the like.

The Royal Mail has obligations to the country that companies have been taking advantage of to force the RM to deliver "their" mail at lower prices than the RM can provide.

Just another example of fairly decent people who work in a job that means something to them, having that meaning twisted by their bosses who know they're almost never going to stop working no matter what the conditions are like.

But as a nation we do love to complain.
(