Why will you burn in hell?

I told my Daughter that the Ice cream van only plays music when they're out of Ice cream.

i once shouted at a duck
didnt apologize
(

Pew pew pew
Back around 1980 I was chief reporter of a local rag in a Home Counties Cathedral city - and a hardline atheist (and a troublemaker). I came across a small group of angry ladies who were promoting the scandalous idea that women could become priests. It struck me that such an idea would cause chaos in the church establishment and was an opportunity for mischief not to be missed.
So I became their secret press adviser and spin writer, while also giving them maximum publicity in my own paper. It culminated in an embarrassing public stand-off between the local Bishop, who supported them, and the Dean of his cathedral, who threatened to resign. He didn't, but within a few years our fledgling Movement for the Ordination of Women was a national pressure group who eventually won their cause. To this day those ladies think I was there to help them. I wasn't. I didn't give a toss about women priests. I just wanted to cause trouble.
(Variable, Sat 14 Jul 2012, 18:29, 3 replies)

sometimes i whistle on a tuesday

Can we stop the cheating stories please?
If that's what you are going to burn in hell for, then I suggest you step outside and live life a little. You won't in burn in hell; you can justify it all you like, but sex is great.

Unless you are an extremely tall contortionist in a giant pineapple costume, getting if off with a camel? giraffe? who is not your husband/wife and leave a photo of it on your fridge, which you will definitely burn in hell for.
(boozehound is drinking your bar dry, Sat 14 Jul 2012, 8:01, 2 replies)

I'm a practising pagan.
And by practising I mean, I state in on Hospital Forms, Census and other official paperwork. It also means I practice what I believe in.
I see the complexity and sheer wonder of the universe and my place in it, How by taking responsibility for my own actions I can make the lives of others both better and worse. I don't need someone else to force their own interpretation of the universe onto me.
And for this act of free will (which was given to us to exercise as we see fit-if you believe that story). Other people decide that I will go to Hell.

I'm not a religious man, but I've had to deal with them a lot over the years.
And what various clerics from different Christian sects have told me, and, you know, I'm paraphrasing, and I could be wrong, but what they've told me is that sin isn't so much a question of a list of things that you can't do, but it's more about being seperate from God.
Now, I'm an atheist, so I've no instinctive grasp of what this means. But I've been told, by both Catholic Archbishops and Presbyterian Preachers, that being in a state of sin means not being able to appreciate God. So the old "deadly sin" of Sloth isn't so much a divine injunction against laziness, but it's a realisation that people suffering from what we now call depression can't commune properly with the divine. In other words, sin isn't a crime, it's more akin to a failing, or an illness, or a disability. It's a problem to be dealt with, rather than a failing to be punished.
And, again, I don't know. I'm not religious. The entire mental framework of sin is one with which I don't engage. So, I should probably fuck off, and not comment. But, but, here's the thing;
You people had a choice about the Question of the Week. And when I say "you people" I mean British internet nerds. Because that's most of b3ta. That's not a value judgement, it's a fact.
And you had a choice about to to question, for the week, and you had the choice to discuss Class. Which would be interesting because right now you're all being screwed by some people who all happened to go to the same posh schools and inherit vast amounts of money, and are stopping you achieving a democratic system of government that might in some ways reflect what you want.
But you chose not to talk about that. You half-wits voted to tell some shit jokes about killing badgers and wanking in churches.
So, do you know what the real sin is here? Yeah, that's right. Gay marriage.
(

I was quite young so hopefully god will forgive me,
but I once let a swingball bat slip from my hand and it flew across the garden and broke the shed window. Dark days.
(

not me but a friend
once had a poo down a childrens slide in a playground, somehwere in staffordshire after the six form ball.

its ok tho, it rolled rather than smeared.

Hell would be a tropical paradise
compared to the wrath of the woman I scorned.
(ParaSitius is an Optimistic Pessimist, Fri 13 Jul 2012, 16:29, Reply) 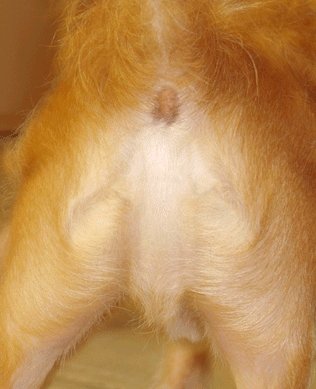 Will be in flames for burning the Bible
Back in the day, when I was smoking rollies, I made the classic mistake of buying tobacco but no papers.

Once I was home and realised my error, I decided to use pages from a worn-out Bible to roll up. Even worse, I eschewed the blank papers on the basis that I may as well be hung for a sheep as a lamb.

Revelation does state that "the leaves of the trees are for the healing of the nations", so there's my excuse. Tobacco is close to being a tree, right?
(wertperch is losing his hair, marbles and patience., Fri 13 Jul 2012, 15:41, 3 replies)

Roasted pea
Back in the day I used to work in a proper locals boozer on a housing estate.

As you can imagine it was frequented by the usual array of wankers and cunts.

The only way to last more than a month working there was to give us good as you get, so I decided that the best way to do this would be to take a horrific revenge on the biggest bellend in the pub.

My method of choice was to drop an otter into his "usual" pint of guiness, which i was able to nestle just below the head.

I still laugh now when I think of his face when the realisation hit as the bum cigar touched the end of his nose, and positively chuckle when I remember him vomiting massive amounts of guiness and chips around the bar and in the toilets.

I might be going to hell
Because yesterday i wanked myself into oblivion.
I doubt i will be welcome back at Alton Towers though.
(andythepieman Is surfing the waves of indifference on, Fri 13 Jul 2012, 14:37, Reply)

Because I am flammable.

Whistling on the sabbath,
and masturbating in my shed.
Bit of a pearoast, but I saw a flyer stuck on a lampoost, advertising the fact someone had lost their mobile shit machine. Dog. It happened that some cunt's dog had had a snap at me prior to this, I wasn't feeling good towards the fucking things, so I phoned them and said that I'd found it. Oh marvellous, they replied, where? Dead, I told them, run over and squashed. Then I hung up. Dog lovers are welcome to criticise me.
(Bear Pookie The Frankly Challenged. Halloween is coming to town., Fri 13 Jul 2012, 13:45, 3 replies)

Whenever I'm in a hotel...
...with one of those free 'Gideons book of superstitious nonsense for frightened children', I open it to a random page and put the bookmark in.
Why?
I like the idea that some god-bothering nincompoop will open it at the marked page in the hope of getting a 'message from the divine'.
Whereas, in actual fact, it's just random shite - via me.

Wasps
I moved house back in January, and one of my neighbours did me a favour and purchased my shed, which I couldn't be arsed to take with me.

However, when I came to empty the shed there was a giant wasps nest in it, so I gingerly knocked it off the wall with a rake, and ran off, just in case.

When I figured they were all still asleep, I picked it up on the rake, and then thought "I have no idea what I'm going to do with this"

So I swung the rake around, and catapulted it in the rhododendron bush in the garden of the neighbour two doors down.

So if that was your garden, and you got stung to bits when you were gardening in the spring, then I'm sorry* about that.

The height of humour
I love scouring the web for video clips of people hurting themselves. Kinda like You've Been Framed, but with acctual pain and real injuries. The more the person was trying to show off and the more they get hurt, the more I laugh.

Stealing Wood
Me and some pals once went to Shell Island for the weekend.

To stop ourselves from drinking before 10am we decided to go up to the waterfall at the top of the hill just outside of Llanbedr for a nice little stroll.

Whilst we were there we heard a commotion coming from the river, and there were about a dozen people in hard hats all roped together climbing up the waterfall, which we thought was quite odd, but it never occurred to us who they might be.

As we were walking about, we got to thinking about firewood for our piss up on the beach later on, and lo, and behold! as we got back to the car park we spotted a hitherto unnoticed pile of ready assembled firewood behind a minibus.

Jackpot! we thought, and proceeded to load our car boots with as much as we could carry, which was pretty much all of it. So much so, that the exhaust on my car was scraping on the ground as I drove off.

As we left the carpark we spotted on the side of the bus the words "Sunshine Bus", and it then occurred to us who the people in the river were, and that they'd be having a big old fire to dry themselves off when they got out.

So did we put the wood back, you ask?

Did we bollocks. We had a massive fire when we got back, got really pissed, and couldn't stop laughing for about an hour.

forgive me b3ta, for i have sinned
i completely fucked this shed. DSV
We (me and a few mates) will burn in hell for telling a little porky-pie to one of my mates 11yo brother.

He asked what the DSV stood for in SeaQuest DSV. We told him that it stood for Downs Syndrome Victims and that the crew (not the cast) were all made up of people suffering from Downs.